Posted at 14:37h in Review by GoSuperb 0 Comments
0 Likes
Share

Over the last decade, we have seen video games steadily evolve from a mere fun distraction into an increasingly more serious artistic medium. The title HellBlade: Senua’s Sacrifice comes from the developers of the classic hack ‘n’ slash games such as Heavenly Sword and the 2013’s reboot of the classic Devil May Cry. Considering that and the game’s headline, I expected this to be a fast-paced, action-oriented game filled to the brim with visceral combat. However, it turned out to be something completely different.

The game puts you in the mind of a psychologically disturbed Celtic woman named Senua, on her way to the Norse underworld of Helheim to recover the soul of her deceased beloved. Sounds cheesy? It might to some, but the delivery is handled much differently to what you’d expect. First and foremost, the game takes a very serious and realistic approach to psychosis. Senua’s journey is a highly personal and introspective one, with no monsters to combat but those of her own mind. The game presents a haunting insight into a disturbed soul, plagued by schizophreniac hallucinations, audial and visual alike. These include numerous voices that reflect Senua’s thoughts and are exceptionally disturbing when playing with a proper headset. Bit by bit, the story is revealed through Senua’s psychotic episodes which slowly give the player insight into the nature of her affection. All this is complemented by stunning graphics and breathtakingly realistic facial animations made possible by some of the finest motion capture work to date. 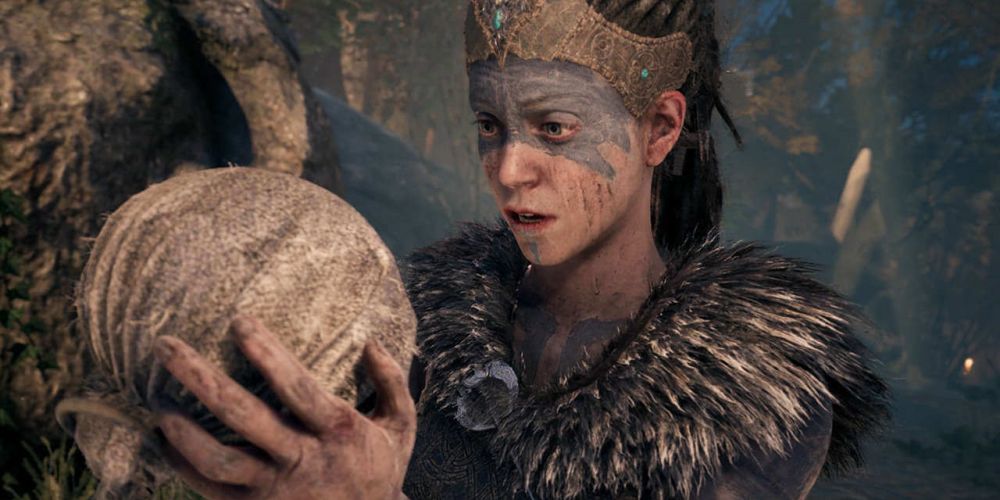 Unfortunately, however, the game has little to offer in terms of gameplay itself. It consists of simple puzzles that come down to lining up patterns, as well as a number of combat encounters, both of which fail to present any particular challenge. The player is free to button mash their way through each fight, and even though the game includes a “permadeath” mechanic that occurs after a certain number of deaths, it may as well not be there given how easy the game is. There is no progression to the combat system, no varied weapons, or fighting styles. That said, it is obvious that it takes a back seat to the narrative aspect of the game. This lack of depth wouldn’t be a problem if the combat was fun the way it is, which it isn’t. Enemies are generic, pose little threat and there is no sense of impact whatsoever.

All in all, is Hellblade a good game? Sort of. Is it original and a much-needed breath of fresh air amid the staleness of the modern AAA scene? Definitely. The game presents an unforgettable experience and a haunting story of human suffering, but it is swamped by shallow and tedious gameplay. Both the puzzles and the combat system do little more than detract from the flow and the immersion, and I feel that they should have been scrapped altogether, in favor of a more cinematic approach that represents this game’s biggest strength. Ultimately, if you want an experience such as The Vanishing of Ethan Carter or Heavy Rain, then this is the game for you. If instead, you are looking for a game with challenging puzzles or a complex combat system, you will only be disappointed.