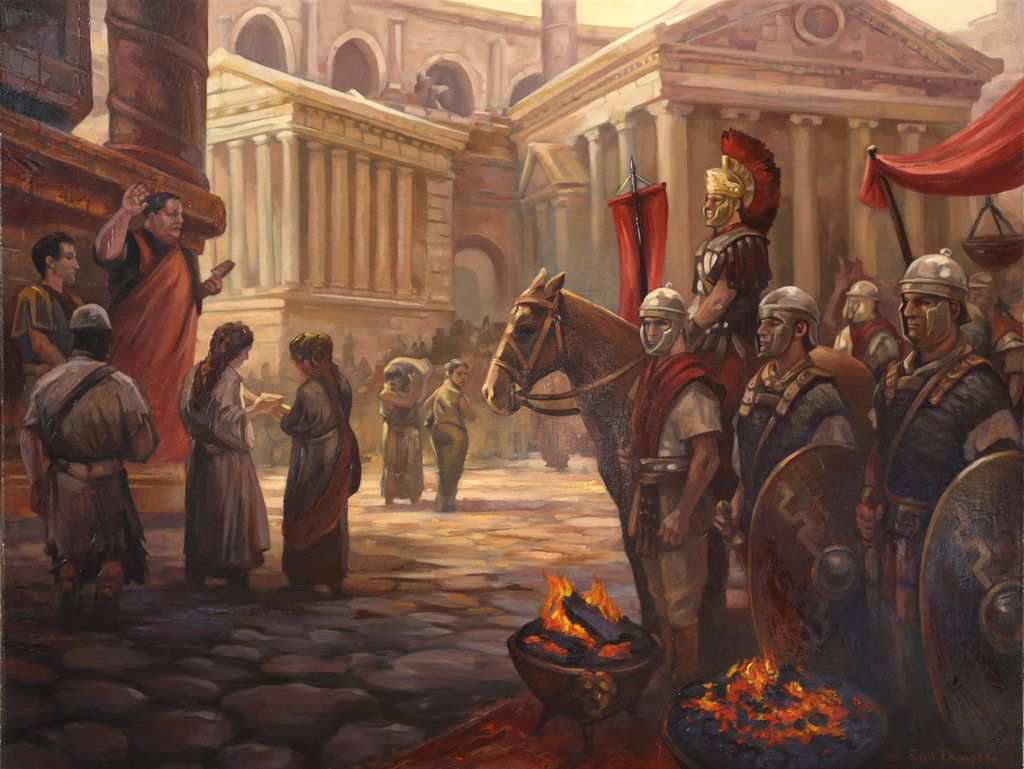 11 May 5 Reasons Why Ancient Rome was Absolutely Insane

Everybody knows about this awe-inspiring empire, their cultural achievements, epic military conquests and the socio-political revolution they started which would help create the world as we know it hundreds of years later. But did you know that the ancient Rome was also completely insane? Yeah, the progenitor of modern civilization is not quite the paragon of high culture as we commonly imagine it today.

You weren’t allowed to be left handed

It was a ruling superstition in Latin culture that a left-handed person was, for lack of a better word, cursed. It also happens to be the origin of the word sinister, which originally simply meant “left” in Classical Latin, but eventually grew to bear a more negative connotation. If a child was born left handed, he or she would be forced to learn to do everything with their right hand, from simple things like eating to the far more complex tasks such as writing or fighting.

The public bathrooms were revolting, dangerous and a popular destination for socialization 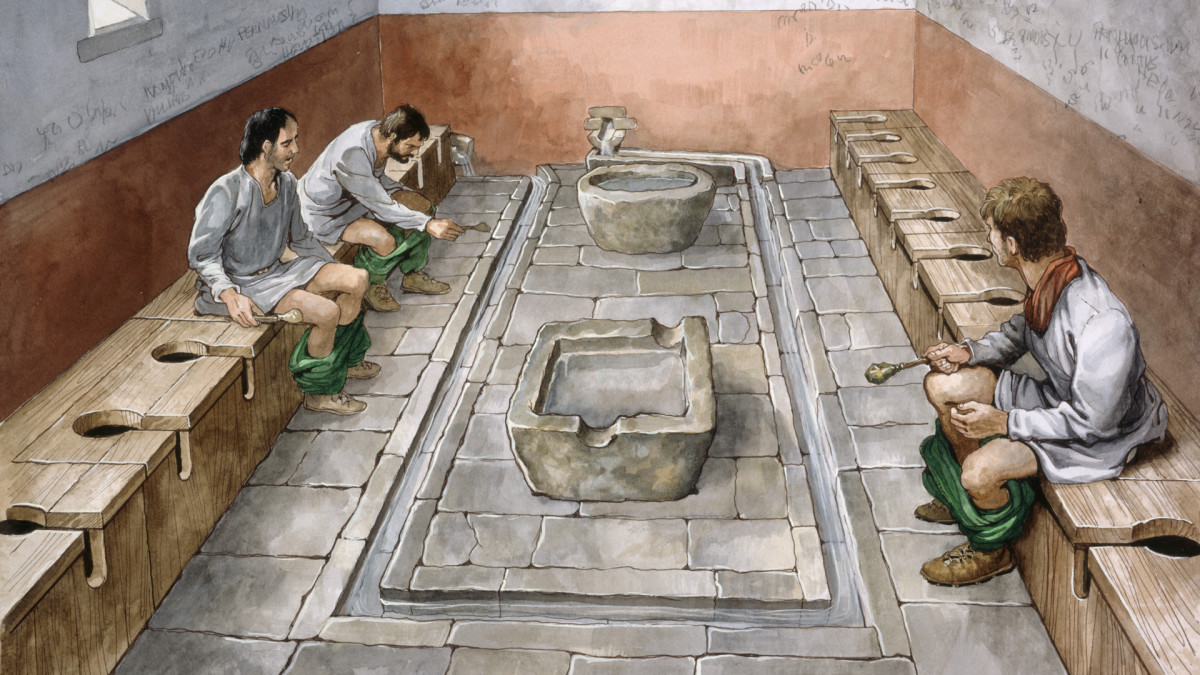 Roman urban areas were particularily well known for their sanitation, and a part of that system were Roman public bathrooms called the latrines. While they sure helped keep the streets clean, the latrines themselves were far from sanitary and were overall pretty disgusting. Instead of toilet paper, they used sponges. Doesn’t sound so bad? Well, everybody shared those sponges. And if you’re sharing a sponge why not change a couple of words too? The latrines were also one of the most popular places to hang around and socialize, for whatever reason. To top it all of, they were known to outright explode due to underground methane buildup that accumulated from their frequent use by hundreds of people daily. So, next time you go to the bathroom, be grateful that it isn’t trying to kill you and for the fact that you don’t have to make small talk with your neighbor while taking care of your business.

At banquets, they self-induced vomiting so they could keep eating 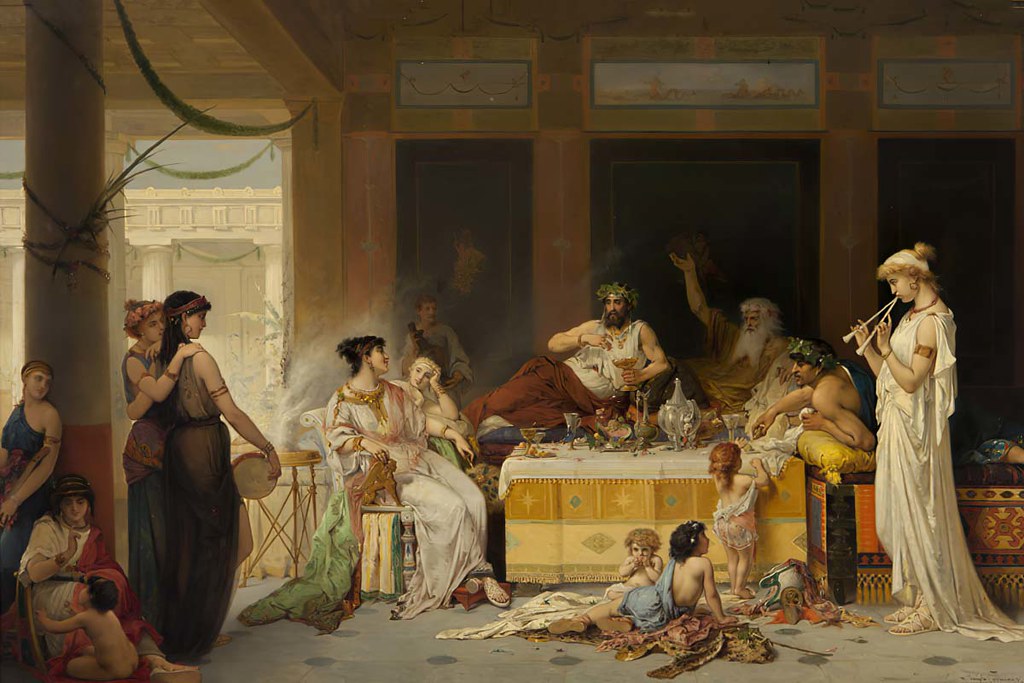 Upper classes of Roman society had some very interesting ways of entertaining themselves. Counted among those were giant banquets with more food than you could eat. Literally. So, what does a Roman aristocrat do once he’s had his fill? Why, he makes himself throw up so as to make room for more! While this was not exactly a common practice, even among aristocracy, a lot of wealthy upper class citizens did practice this so that they could do more of what they loved – eat.

Their preferred detergent and mouthwash was… urine?!

Granted, the high amounts of ammonia found in human urine do make for an effective detergent, but who in Jupiter’s name was the first person to go and think “I should wash my clothes in my pee”? That question, along with the exact date this tradition goes back to, remains unanswered. Pots were placed in the streets in Roman cities for passers-by to relieve themselves, and the contents of those pots were then taken to be used for washing clothes. To take this ‘hygienic’ practice even further, the Romans also used urine as a mouthwash, even though this application wasn’t as widespread or common as with using it to wash clothes.

The most insane and grossly incompetent people could become Emperor 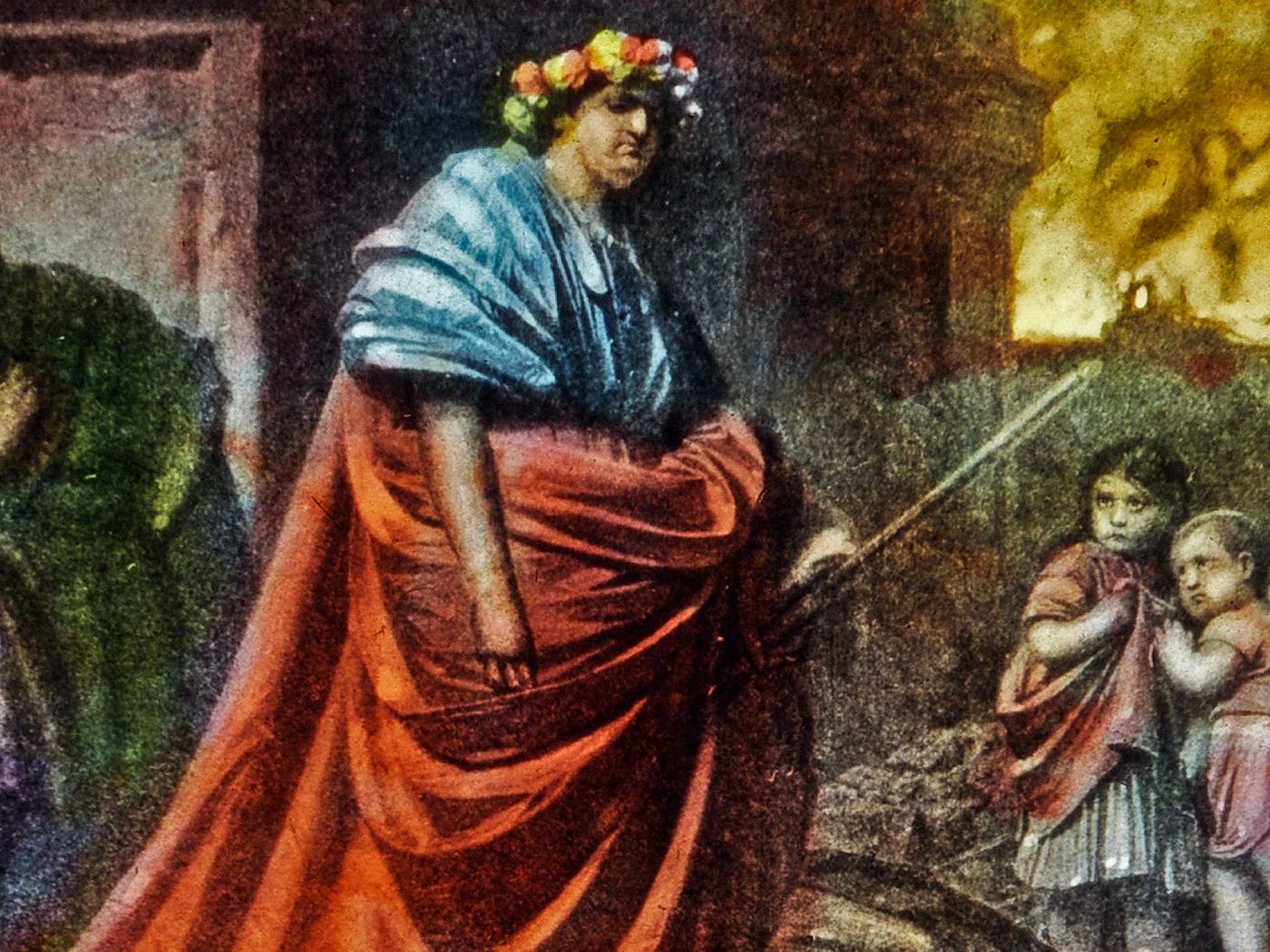 While we can find occurrences of incompetent, unqualified and people of questionalbe sanity at positions of power even today, it was much worse in the days before constitutions or human rights regulations. Surely everyone knows of the infamous emperors like Caligula or Nero who were quite literally insane – incest, arson, declaring war on Neptune and ordering legions to stab the sea could all be found in your average day of a crazy monarch with absolute power. Usually such an emperor’s rule would be short and would end bloodily. However, a more common problem wouldn’t be the fact that an emperor is a complete lunatic, but that he’s simply incompetent. Such individuals were many throughout Rome’s history as an Empire, and an entire article could be dedicated just to them. However, each of them usually did several of the same things: misguided conquests, lack of involvement wich lead to rising corruption and a general waste of the Empire’s resources on pointless things.